Some days are better than others.

Yesterday was one of those days. 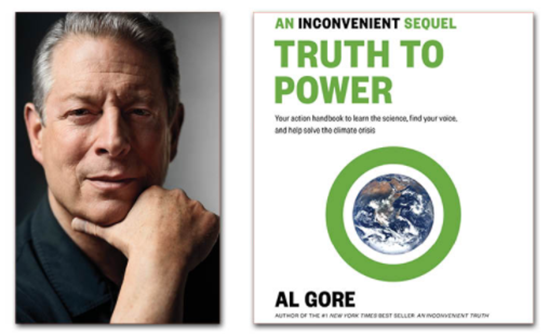 It started off with my former GM at Microsoft, Rob Bernard. Where he stated the obvious yet crucial statement that led us to where we are today.

How to thrive in a resource constrained world
~ Rob Bernard

Rob has been focused on the environmental and green aspects of Microsoft for at least 10 years.And, he did a great job with the interview of Al Gore. Thanks to Microsoft for bringing Mr. Gore to campus. It was a great day to be at Microsoft.

The new movie is called “An Inconvenient Sequel” and it picks up where the last one left off. It also adds a lot of new information that has come to light in the past decade.

If you are interested in learning more and doing more consider joining the Climate Reality Project where everyone gets training on how to become a climate activist.

What is The Good News Message

Al Gore spoke about the The Green Economy and what it would take on a global scale to make it possible.

He said, these 4 MUST be present and supported on a global basis:

Note on point 3 the US is faltering bigly. The Trump administration is turning a blind eye on this critical element. Melinda Gates via the Gates Foundation has committed $375M to expand access to contraception to counter this short-sightedness. 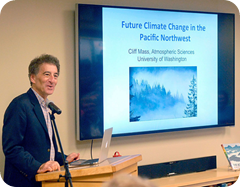 Bonus: It was great to have local weather god Cliff Mass in the audience. In case you aren’t from the Seattle area he’s on NPR every day or so and he has a deep, booming baritone voice.

He asked about a Carbon Tax Initiative

Cliff’s day job is that he is a Professor at University of Washington.

Go see the movie. And, as Al Gore said “If you liked it … Pay It Forward and tell a few friends.”

Also, use the hashtag #BeInconvenient and in your actions … Be Inconvenient.

Jeff is business advisor, mentor and community engagement expert. He has spent most of his career in the Enterprise Content Management industry. He brings over 20 years of Channel Sales, Partner Marketing and Alliance expertise to audiences around the world in speaking engagements and via his writing. He has worked for Microsoft, Kodak, and K2.

I am a a contributing author to Entrepreneur Elite Daily, Yahoo, US News and to the Personal Branding Blog with over 250 articles published.

zaheer said…
The education is necessary because through this you become an expert and get acknowledge about different important aspects. Education software will help children and elders to teach themselves reading, writing and arithmetic skills. 75940X Exam Dumps Questions provides authentic IT Certification exams preparation material guaranteed to make you pass in the first attempt.
May 29, 2020 at 1:21 AM

The Value of the ECM Experience

I submit that people that have lived the life of what today we call the Enterprise Content Management ( ECM ) industry have an advantage within the Microsoft SharePoint community.  ECM used to be called KM, or Knowledge Management . I may be biased, but from what I’m seeing the people that have built their careers in this space have an advantage in getting started with SharePoint. Note: With the release of SharePoint 2010 this may be a short lived phenomenon as the ramp is getting flatter.   What is ECM?   In a very broad definition ECM encapsulates everything and anything that can be considered “enterprise” content – which means everything from paper to content that has been “ born digital ” and the resulting forms these take when they are put into storage (aka – The 4th pillar ) Are They Better? No, not better. Just advantaged in the way their thinking has been formed around designing, developing and deploying solution 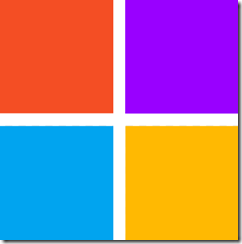 Collect ‘em all … All 4 Microsoft Badges

STATEMENT: I am the only person I know that has had all 4 colors of Microsoft badges. QUESTION: Am I the only person that has had all 4 colors of Microsoft badges? My statement is correct. But, I’m asking you for help on the question. What Say You? Below is My History in Badges with a run-down on each color. What’s your story? Are there other colors? I’ve heard that my former colleague, Rob Bernard , had a green one. Because he was working on “Green IT” back when that was a hot issue. But, I never saw it. My Requests to you: What’s Your Badge Story? If you have had another color please share in the comments. If you have had All Four Colors please share that too. No need to send a pic. I’m not sure Microsoft would appreciate that. Perhaps we can make a club. And, our “club meetings” will be at The Treehouses. My History in Badges My history with Microsoft spans 25+ years, starting at Kofax in 1992, but my history with Microsoft badges spans just under 2 decades. Most people have seen 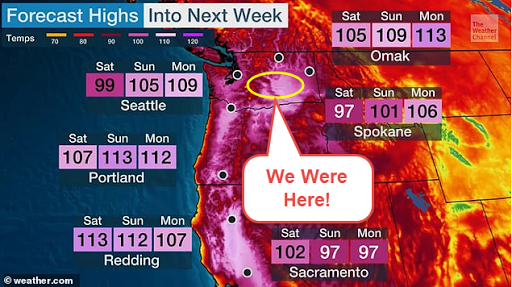 Sometimes the Journey IS the Destination

Last weekend we had a bold goal. We planned on riding 300 miles in 3 days. From Duvall, WA to Tekoa, WA  Tekoa is on the Washington - Idaho border. Duvall is the start of the Snoqualmie Valley Trail Tekoa is the end of the Palouse to Cascades Trail Did we make it? Read on. Did we count on a Heat Wave?  Nope. Did we give it a valiant effort? Absolutely! This is how it started ...  The Crew in Duvall - Day 1 The Plan - From Duvall to Tekoa - 300+ miles of off-road fun Starting on the Snoqualmie Valley Trail Ending at the eastern end of the Palouse to Cascades Trail This is how it ended (for me) The 2nd Flat in less than 5 miles in 109'F heat ... I'm out! Here are a few pics from the ride.  Fun Discoveries WATER - Like kids at a water park. We found potable water at the 136 mile mark. Thanks to eagle eyed David ... he spied the sign that made us all smile and act like kids as we beat the heat. Cadence Sensor  I lost my cadence sensor in March 2021 on this trail. I knew roughly whe